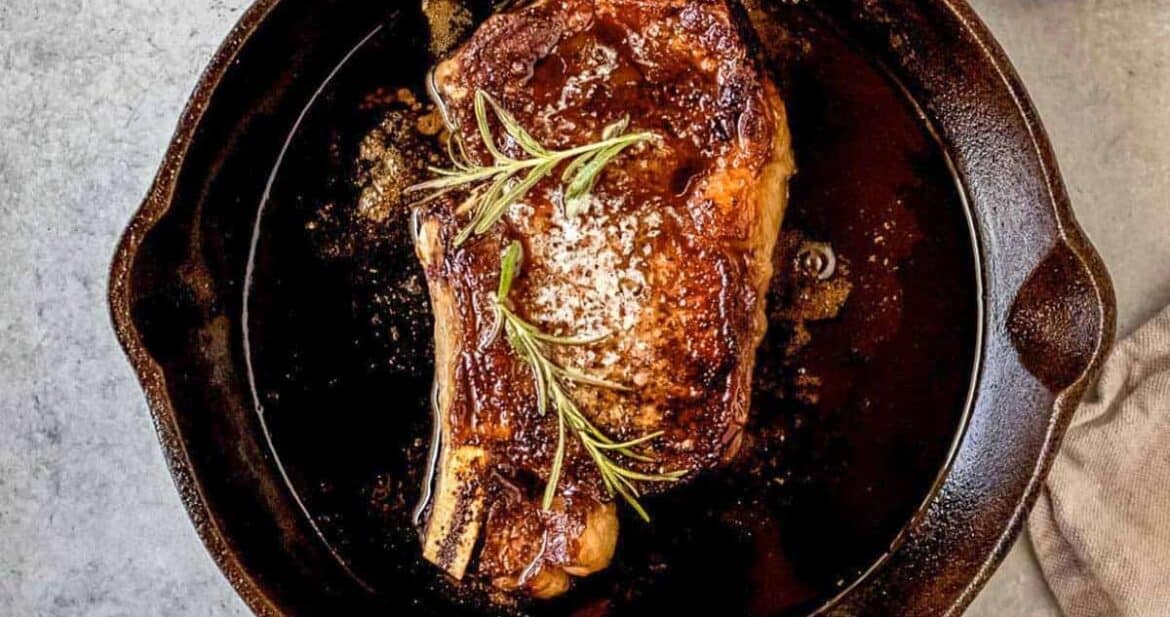 I love cast skillet iron recipes and am excited to share some of our absolute favorites with you. Trust me, a good cast iron skillet will transform not only your Sunday Supper recipes but also make weeknight dinners a cinch!

Cast iron skillet recipes are popular and for good reason. Cooking in a cast iron pan offers durability and excellent heat retention and distribution. I am excited to share a list of the Best Cast Iron Skillet Recipes.

These sturdy skillets are some of my favorite kitchen cookware. They heat up slowly, distribute heat evenly, and offer superior heat retention to other pans. And if you take care of your cast iron skillet, it will last for generations.

So, what does that mean? It means you’ll get a better sear on your cast iron ribeye steak and it will cook more evenly.

Additionally, cast iron cooking is perfect for frying vegetables and even baking casseroles, as in this Gluten Free Au Gratin Potatoes recipe.

If you’re familiar with chef Kent Rollins, then you may have heard the term “cowboy cooking” before. But what is cowboy cooking? Learn about chuck wagon cooking and how to care for a cast-iron skillet in this easy and fun guide on cast iron skillet recipes and cast iron care!

What is cowboy cooking?

Cowboy cooking is about hearty, stick-to-your-ribs food, usually made in a cast-iron skillet over a wood-burning stove or an open fire. Campfire dinner recipes using beef, beans, and potatoes are popular “cowboy food”, and are perfect for skillet cooking. You can even make cast iron desserts!

Cast Iron Cooking isn’t just for camping. The best part about cast iron skillet recipes is that you can make them from the comfort of your kitchen.

It’s easy to enjoy the robust flavors of cowboy cooking just as if you were cooking outdoors. It is much easier to cook in your own kitchen.

If you know how to care for a cast-iron skillet, you won’t want to cook with any other kind of pan!

How to Care for Cast Iron Skillets

To keep your cast iron skillet in good shape, we recommend following a few simple rules:

How to Season Cast Iron Skillets

To season a cast iron skillet, follow these simple steps:

You can cook all kinds of incredible recipes using a cast iron skillet, from savory breakfasts to sweet desserts and everything in-between. We’ve collected a few of our favorite cast iron skillet recipes for you to enjoy, including a little bit of everything!

You can make breakfast easily in a cast iron skillet! Anything from chilaquiles (a Mexican breakfast skillet using tortillas) to fluffy Dutch baby pancakes can be cooked in cast iron. Try these great breakfast ideas:

You can make delicious, easy side dishes in your cast iron skillet, like classic skillet cornbread or even old fashioned macaroni and cheese! These recipes make especially good side dishes for BBQ:

If you like simple cooking, grilling, and BBQ as much as we do, we know you’ll love these recipes: