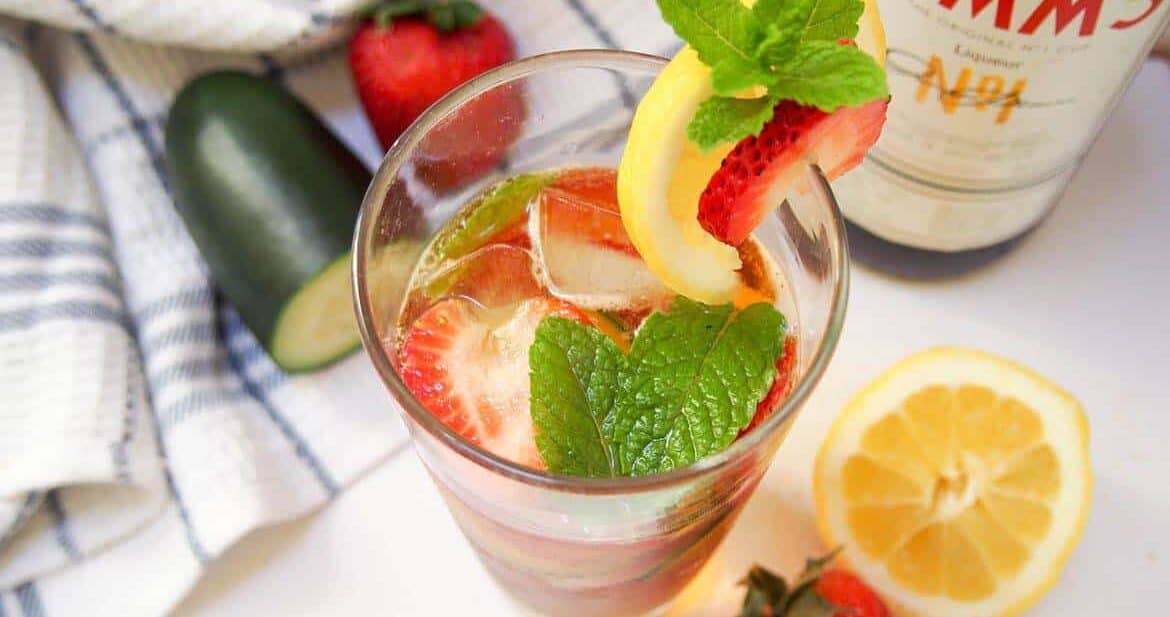 Home » Drinks » Pimm’s Cup Cocktail
Watching Wimbledon? You simply HAVE to have a Pimm's Cup Cocktail. It's a refreshing summer drink and a Wimbledon tradition that is so easy to make!
Total Time: 5 mins 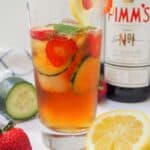 Watching Wimbledon is as much about taking part in the classic Wimbledon food traditions as it is watching the tennis. And whatever you choose to eat, you simply HAVE to accompany it with a Pimm’s Cup Cocktail. It’s such a Wimbledon classic, and so easy to make.

Having been brought up in Britain, you might think I knew all about Pimm’s, but I didn’t. It’s very much an English tradition, particularly towards the South, so I didn’t discover it until I headed South as a student.

Summer in London, however, can hardly go by without a glass or two of a Pimm’s Cup Cocktail, and it is definitely essential, alongside other Wimbledon Food Traditions such as English tea sandwiches and strawberries and cream when watching the Wimbledon tournament.

I was lucky enough to go to Wimbledon one year and it was a fantastic experience. Yes, we saw some great tennis, but there’s also just such a great sense of history and Englishness as you walk around the grounds. And yes, you can buy Pimm’s there.

It’s really as simple as this to make a Pimm’s Cup Cocktail:

Pimm’s No 1 is a gin-based spirit that’s full of herbal flavors, so despite only being two ingredients, this cocktail has a much more complex flavor. It’s a little lighter than most spirits and the flavor is very refreshing, which makes it perfect to sip on a sunny day.

So whether it’s to get in the Wimbledon spirit or just to try something different this summer, hunt down some Pimm’s and make this classic Pimm’s Cup Cocktail. It’s incredibly easy, and perfect summer sipping. 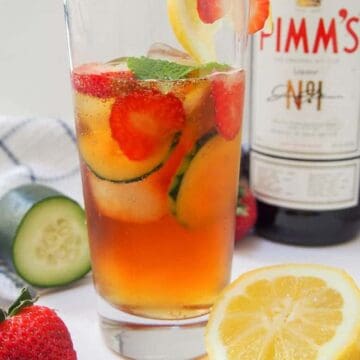