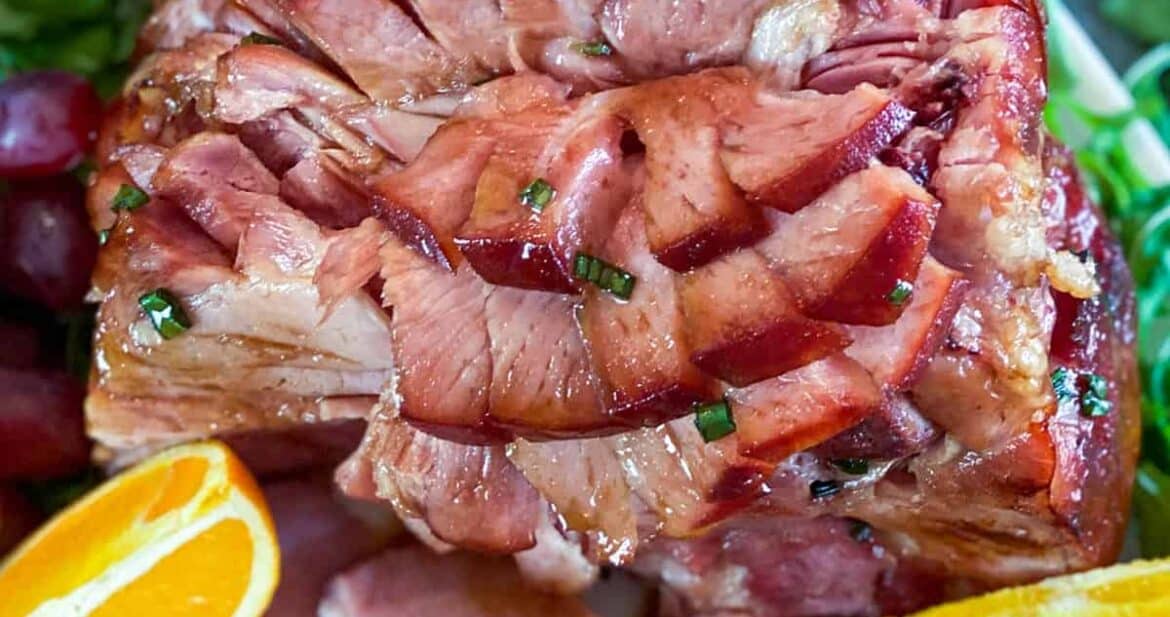 My reverse-seared Instant Pot Ham recipe with Brown Sugar Glaze uses only 6 ingredients and takes just 15 minutes to cook. It is a juicy, easy ham dinner your family and guests will love!

This is the easiest and simplest way to make a holiday dinner everyone will rave about.

When I realized you can cook a ham in the pressure cooker, I knew I had to give it a try. And, oh boy… wow! It is even easier than I expected, and it turns out so juicy and tasty. I’ve prepared ham this way nearly every year since, and it has never been dry. Instant Pot recipes are the best.

What I love most about cooking ham in the Instant Pot is it takes less time than cooking it in the oven. Plus, it saves you room to prepare your side dishes! My Instant Pot ham recipe will change the way you prepare Christmas ham. It’s so easy, moist, and flavorful.

It is the perfect holiday recipe to pair with my amazingly delicious and super easy recipe for Instant Pot Scalloped Potatoes and Instant Pot Turkey.

I use my go-to maple brown sugar glaze. It gives the meat so much flavor and an irresistibly sticky, crispy skin! The ingredients are super simple but so incredibly delicious!

You can try other ham glaze recipes, too. I love the flavors of honey sriracha glaze in my Air Fryer Ham recipe.

How to Cook Ham in the Instant Pot

Can you heat up the ham in a pressure cooker?

How Much Ham per Person

For a boneless ham, ½ pound per person.

Check out all my favorite leftover ham recipes.

All my favorite Side Dishes for Ham! 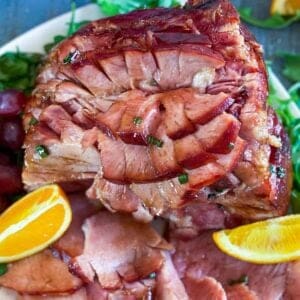